ne of the headlines last week was Congress approving a bill that allows internet providers (like Comcast, T-Mobile, et cetera) to sell their customers’ web-surfing data.

This includes any activity while connected to their networks:

…and Chrome’s Incognito Mode can’t save you — they’ll see it all.

There is a potential upside to all of this in that they might pass on the savings to their customers. Or new players will pop up who provide internet for “free” in exchange for utilizing your data in some capacity that makes them money elsewhere (e.g. Gmail or Facebook).

This all isn’t supposed to go into effect until Dec 2017, but with this green-light from the federal government, nothing will stop the major players from starting early.

That sucks. So now what?

The only way to kind of keep your activity private is by using a service called a Virtual Private Network (VPN). You may have heard this phrase in relation to Barclays and their VPN (it funnels all traffic through their London servers and firewalls). Every Fortune 1000 company has a VPN for this reason, but it wasn’t necessary for personal use on home networks — until now. 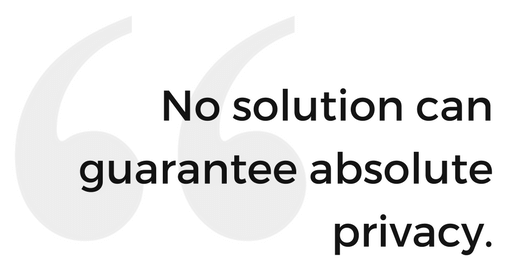 Given the concept, you’ll want to pay for your VPN and they range in cost from $30-100/yr (for the same reason I recommend you pay for your password manager). Here are a few I recommend:

1. VyperVPN: Has the features for power users, but easy enough to use for most people. You can even setup your router to filter any and all traffic through it (e.g. Smart TVs). Unlimited use for $60/yr.

In closing, there are two things worth noting:
1. No solution can guarantee absolute privacy.

2. A penguin’s leg has a short femur, knee, tibia, and fibula. The legs just look short and stubby because the upper leg is hidden by feathers.

Paul is the Director of Engineering at Unreasonable. He’s been a maker on the web for over a dozen years and can speak fluently in 15 different coding languages. He was previously the technical co-founder at Brandfolder, a company that empowers marketers by providing an easy to use, visual platform for organizing and sharing official brand assets. Prior to that, he created a journaling application called Dabble Me that emails you daily, a Chromecast app to play Vimeo and more, a mobile bike sharing app, and a daily deal aggregator WordPress plugin.