hat you’ll quickly learn as an entrepreneur is that most ideas that sound good on paper don’t work in practice. The main flaw with business planning is not taking this fact into account, planning only for success (i.e. planning for the plan to work), rather than planning for failure (i.e. having a Plan B ready when the plan doesn’t work out).

Planning for failure is not the same as planning to fail. The goal of the plan is to succeed. However, the path to success is full of failures and setbacks. If you are watching for such failures, you’ll catch them sooner, saving time and money. If you have a Plan B ready, you can pivot more quickly. The smaller your failures, the higher your ultimate chances of success.

What Alexander Osterwalder doesn’t describe in his well-known book “Business Model Generation” is how to use the Business Model Canvas to plan for failure. He talks a lot about iteration but doesn’t explain any techniques for doing that. My technique not only accomplishes this goal, but in the process often discovers better business models and better choices for minimal viable products. Here’s how it works:

First, fill out the Canvas as described here. For each box, include only the most important entries: three to five items at most. 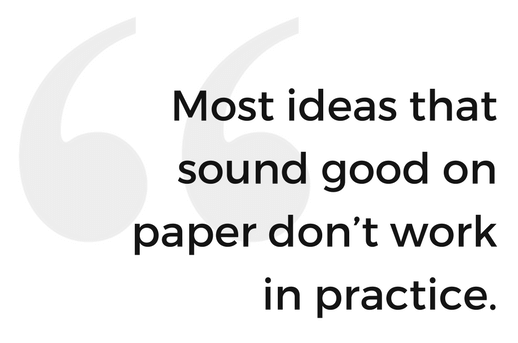 Next, pick a box. Channel and Revenue are usually good places to start. Draw a big “X” in that box. Assume the items in that box were bad ideas. Assume you tried to build the business model and the results were a complete failure. Now (re)fill in that box with new values. Your next-best ideas. Often, changing those values will cause other changes across the Canvas. Keep making changes until you are have a new business model that you think might work.

Next, pick another box, draw an “X” in that box, and repeat the exercise.

When you are done making those changes, do it one more time with a third box.

Three boxes are usually enough. In most cases, after this exercise, entrepreneurs find some ideas that they had not considered when initially filling out the Canvas. If after three boxes you haven’t had any new ideas, then go back to the original Canvas, pick a box you’ve not yet crossed out, and try the exercise again.

Generally, you end up with one of three results. First, you may find a better business model than the original. Second, you may find a simpler MVP (minimal viable product) that is quicker and easier to test. Third, you may find that your original model is the only viable solution.

Expect Plan A to Fail

After you go through this exercise, don’t throw away the alternative plans. You will likely need them. Look at the boxes you crossed off and think about what it would like look i 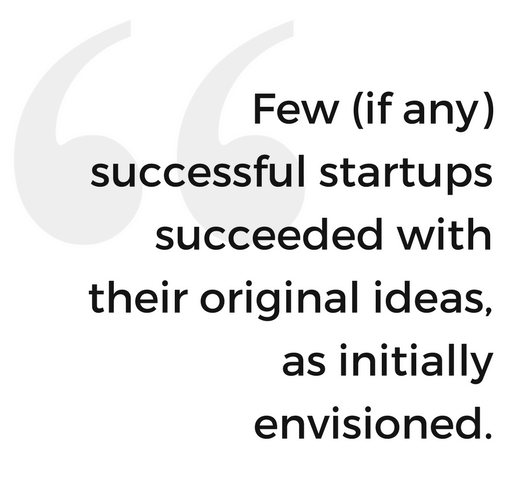 n practice, if the items in the boxes failed. How might that happen, and how you will notice those failures sooner than later?

Few (if any) successful startups succeeded with their original ideas, as initially envisioned. Most successes are neither Plan A or Plan B, but Plan C or Plan D or even Plan F.

Most failed startups took too long to pivot away from Plan A, running out of money in the process. Or in some cases, like the above third case, there was one and only one possible plan to bring the product to market, and when that failed, the company had nothing to fall back on. That is not a good situation to be in, since all business plans are wrong.

From the above exercise you should have ideas for a Plan B and a better idea about what might go wrong with your Plan A. These will come in handy, as most business plans do not work as you imagine they will.

This series has been curated from Luni’s book, The Next Step: Guiding You From Idea to Startup. For more on business planning, planning your marketing and sales efforts, creating a financial model, crafting a great pitch, raising capital, and splitting the pie with your team, check out the complete series.