Transforming polluted cities into clean air zones by removing over 95 percent of nitrogen dioxide, along with all other pollutants, from the air.

Ninety-two percent of the world's population lives in places where air pollution exceeds safe limits. Thus, Airlabs adopted the mission of creating breathable air by developing clean air zones throughout the world's most polluted cities. As a team of atmospheric chemists, airflow engineers, and sensor developers, Airlabs understands the exact chemical makeup of pollution in cities, how to remove pollutants, and ensure people are breathing clean air. Airlabs' technology is the first proven to effectively remove nitrogen dioxide from diesel fumes (over 95 percent), as well as all other harmful pollutants in a low-energy, low-maintenance way. They have recently launched the Airbubbl, the first consumer technology to clean the highly polluted air inside car cabins. They have also developed the world's first outdoor clean air zone in Delhi, as well as clean air zones in Marylebone Station in London using advertising billboards. Most recently, Airlabs launched Clean Air as a Service (CAaaS) for commercial properties and the most compact and lowest TCO air quality sensor in the world, a technological breakthrough that will enable the adoption of high-density sensor networks in the Smart City landscape, providing unprecedented visibility of air pollution. 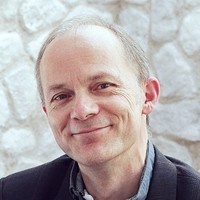 Marc Ottolini (CEO at Airlabs) has been an Unreasonable Fellow since November 2017 after participating in Unreasonable Impact UK 2017.

How Airlabs is producing pollution-free zones