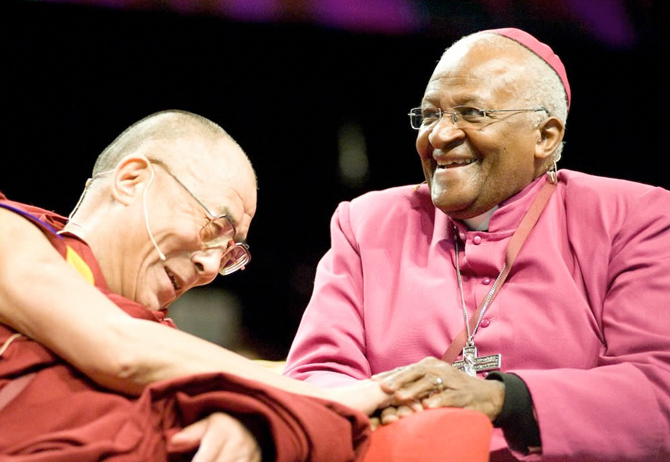 Archbishop Emeritus Desmond Mpilo Tutu, a Nobel Peace Laureate, is one of the greatest living moral icons of our time who was a key role player in the fight against apartheid in South Africa. He was also the first black South African Archbishop of Cape Town, South Africa and primate of the Anglican Church of South Africa.

Archbishop Tutu became heavily embroiled in controversy as he spoke out against the injustices of the apartheid system. He became a prominent leader in the crusade for justice and racial conciliation in South Africa. In 1984 he received a Nobel Peace Prize in recognition of his extraordinary contributions to that cause. In 1986 Bishop Tutu was elevated to Archbishop of Cape Town, and in this capacity he did much to bridge the chasm between black and white Anglicans in South Africa. And as Archbishop, Tutu became a principal mediator and conciliator in the transition to democracy in South Africa.

In 1995 President Nelson Mandela appointed the Archbishop Chairman of the Truth and Reconciliation Commission, a body set up to probe gross human rights violations that occurred under apartheid. In recent years Tutu has turned his attention to a different cause: the campaign against HIV/AIDS. The Archbishop has made appearances around the globe to help raise awareness of the disease and its tragic consequences in human lives and suffering.

Though his vigorous advocacy of social justice once rendered him a controversial figure, today Archbishop Tutu is regarded as an elder world statesman with a major role to play in reconciliation, and as a leading moral voice. He has become an icon of hope far beyond the Church and Southern Africa. In our eyes… He’s entirely Unreasonable.